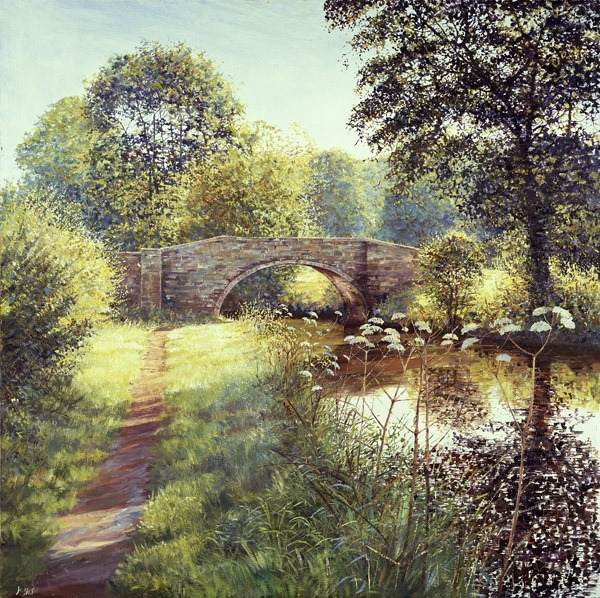 Born in Stourbridge 1955, I painted from a very early age, studied at Stourbridge College of Art, spent early career as a studio technican and graphic artist in Hay on Wye.

I returned to the Midlands to concentrate on painting,finally becoming professional in 2002. I have exhibited in galleries throughout the country.  Although I still live in Stourbridge, I have a studio/gallery in Hanbury Worcestershire.

My painting falls into two ways of working, in situ(plen air) in pochade mode, quick and full of spontaneity, although many are finished paintings in themselves others may be used for a more considered approach in the studio where the idea can be developed into a larger piece, with the play of light and colour in juxtaposition to create more of a mood and atmosphere.

Elected Associated member of the Royal Birmingham Society of Artists.